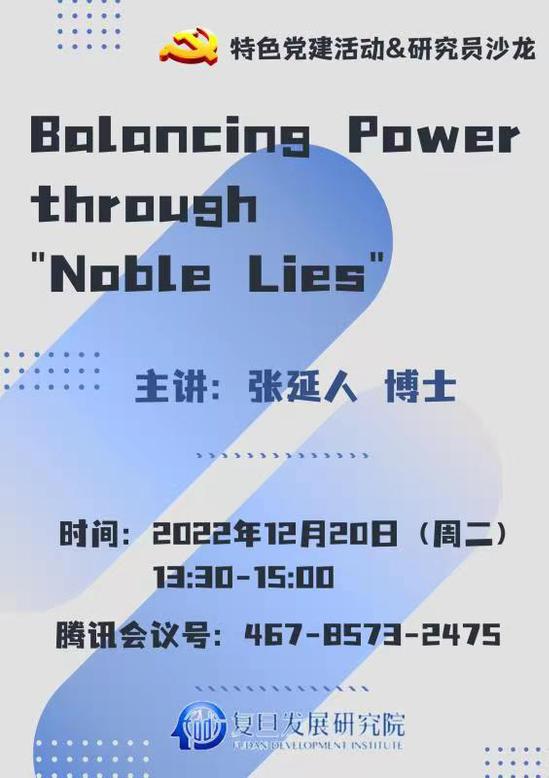 Near the end of Book III of the Republic, Plato famously proposes that, in order to maintain social harmony, an ideal state should design some myths, described as a noble lie, to persuade the rulers and the ruled to behave well. This raises the issue of whether and how Plato's strategy of inventing falsehood may help balance secular political power and improve state capacity in the real world. To answer these questions, we view the doctrine of Heaven-Mankind Interaction in Imperial China as a noble lie, build a theoretical model of political cosmology, and test the empirical implications by gathering a dataset that includes dynastical and celestial records from the Qin dynasty to the Ming dynasty (221 BC-1644 AD). Our result suggests that the doctrine that fabricates the linkage between political legitimacy and celestial phenomena strengthens the tendency for emperors to implement tax cuts and reduces the tendency for farmers to revolt.